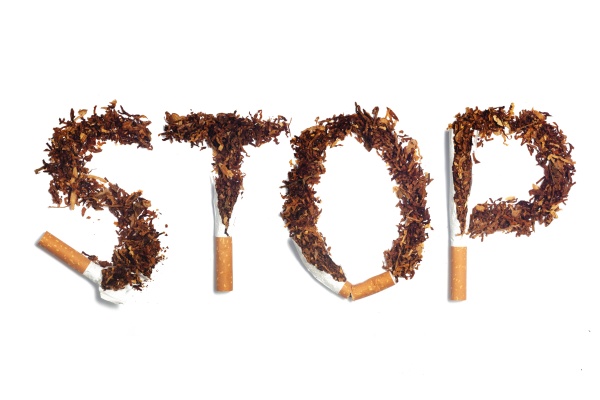 We now know that smoking and using smokeless tobacco products like dip, snuff, or chew can seriously harm your health. We also know that quitting smoking or other tobacco products can stop, and in some cases reverse, these harmful effects.

While quitting smoking or smokeless tobacco is not easy, it is often the single biggest thing you can do to improve your health. You can do it – and there are many resources available to help you.

Smoking, Tobacco Use, and HIV

Cigarette smoking is a dangerous habit even for those in perfect health. However, the risks involved with smoking seem to be greater for those living with HIV (HIV+). In fact, recent research has shown that, for people living with HIV and receiving good medical care, those who smoke lose more years of their life to smoking than to HIV.

In years past, many people living with HIV did not worry about the serious illnesses that smoking might cause because they did not expect to be alive long enough to get them. Now that people living with HIV are living longer, healthier lives, it is important to pay attention to issues that affect their long-term health.

The Bad News: How Smoking and Tobacco Use Can Hurt Your Health

All forms of tobacco are harmful and addictive. This includes cigarettes, pipes, and cigars as well as smokeless tobacco products such as snuff and chewing tobacco (also known as chew or dip). Smoking affects every system in the body. Some of tobacco’s harmful effects are caused by nicotine, the addictive substance in tobacco, while others are caused by any of the 250 toxic chemicals in tobacco smoke. In the short run, smoking raises your blood pressure and heart rate. However, most of the serious negative effects of smoking take years to develop and most commonly include cancer, heart disease, and lung problems.

Electronic cigarettes, or e-cigarettes, are battery-powered tubes or cylinders that often look like pens, cigars, pipes, or cigarettes. While they are smokeless and do not expose users to the tar found in cigarettes, they do contain nicotine, the addictive substance in tobacco. Users inhale the nicotine as it is released by the e-cigarette in the form of water vapor (like a mist or cloud).

For several years the US Food and Drug Administration (FDA) did not regulate e-cigarettes. As a result, the contents of e-cigarettes – what you might be putting into your lungs – were not fully known and their health effects were not fully understood. In May 2016, the FDA extended its oversight to include e-cigarettes. This is an important step in protecting the public’s health, especially since we now know that e-cigarettes are most likely as addictive as traditional cigarettes. In addition, many of the flavors given to e-cigarettes come from chemicals that may be safe in foods, but are likely harmful when inhaled.

Smoking is very bad for your heart. Smoking causes your blood vessels to constrict, or get smaller. This reduces oxygen flow to the rest of your body, raises your blood pressure, and makes your heart work harder.

Many people living with HIV have high levels of lipids (fats or fat-like substances) such as cholesterol and/or triglycerides in their blood because of HIV itself or because of certain HIV drugs. If you have too much cholesterol in your blood it can build up in your arteries, forming plaque. Smoking compounds this problem, since it makes your blood vessels stickier, thus making it easier for plaque to clog your arteries and cause a heart attack or stroke. For more information, see The Well Project’s fact sheet on Hyperlipidemia: High Cholesterol and Triglycerides.

In the US, investigators recently reported that smoking is the single biggest risk factor for non-AIDS defining cancers among people living with HIV. Smoking has more of an effect on the risk getting cancer for people living with HIV than than having a low CD4 count, a non-suppressed viral load, hepatitis C, or an AIDS diagnosis.

Most people know that there is a strong link between cigarette smoking and lung cancer. Of the several thousand chemicals in tobacco smoke, at least 69 are known to cause cancer. Lung cancer is very serious and usually fatal. Compared to non-smokers, smoking increases women’s risk of lung cancer by 13 times – and men’s by 23 times.

In addition to lung cancer, smokers are also at higher risk for:

Smoking damages the small air sacs in the lung called alveoli that help us take in oxygen. It is therefore the main cause of chronic obstructive pulmonary disease (COPD), which includes emphysema and chronic bronchitis. Smoking can also make asthma worse, and can increase the risk of respiratory infections. This is especially important for people with low CD4 counts.

The rates of opportunistic infections (OIs) among people living with HIV have dropped drastically since people began using combinations of HIV drugs. But studies show that smokers are more likely to get certain OIs than non-smokers. Smoking has been shown to increase your risk for developing:

There are additional concerns that women who smoke may face. First of all, smoking increases the likelihood that a woman will have trouble getting pregnant. It also decreases a man’s sperm count and leads to abnormally-shaped sperm. If a woman smokes during pregnancy, she increases the chances of miscarriage, prematurity (born too early), having a low birth weight baby, and stillbirth (born dead). Researchers believe that smoking may also increase a woman’s chances of giving HIV to her baby during delivery.

Children born to women who smoked during pregnancy or who are exposed to smoke in the home (second-hand smoke) are more likely to develop sudden infant death syndrome (SIDS). Children who are around parents who smoke are more likely to suffer from asthma, colds, and ear infections.

Also, smoking is a major risk factor for osteoporosis (bone disease). This is in addition to the risk of bone disease already associated with living with HIV and being a woman.

Finally, smoking can put a damper on your love life by causing impotence (inability to maintain an erection) in men who smoke or breathe secondhand smoke.

The Good News: How Quitting Smoking and Tobacco Products Can Help Your Health

No matter how long you have been smoking, quitting can greatly improve your health. Within 24 hours your blood pressure and heart rate drop, and your risk of heart attack and stroke begin to go down. Within several months, you can have better circulation and lung function. Over several years, you can greatly reduce your risk of lung cancer and heart disease. Women who quit at age 35 will live an estimated eight years longer than continuing smokers. People who quit at age 50 are half as likely to die early of smoking-related causes than those who continue to smoke.

Quitting smoking or going tobacco-free has other benefits as well:

There are several things that are helpful to understand if you are thinking about quitting smoking or smokeless tobacco. The first has to do with why it is so hard to quit and to stick with it once you have quit. Nicotine is a naturally occurring substance in the tobacco plant. It is addictive, just like heroin and cocaine. After smoking regularly for some time, people become physically and emotionally dependent on nicotine. In order for quitting to work, both the physical and emotional dependency must be addressed.

The physical dependence causes uncomfortable withdrawal symptoms such as anxiety, irritability, impatience, restlessness, trouble concentrating, dizziness, trouble sleeping, depression, headaches, and increased appetite. These symptoms usually are at their worst two to three days after quitting and gradually get better over several weeks. It may be easier to stay quit if you know in advance how you may feel and how long you may feel that way. There are ways to ease these symptoms that are listed below.

Overcoming the emotional dependence on tobacco use can be just as difficult for some people trying to quit. For many, smoking becomes a part of their daily routine, whether it is a means of relaxing or handling anxiety, boredom, or stress. Often, smoking or using smokeless tobacco is associated with triggers – particular emotions (e.g., anxiety) or activities (e.g., having a cup of coffee, socializing with friends) that give you the urge to smoke. Knowing your triggers and how to avoid them can be a key part of successful quitting.

Experts understand that quitting smoking and smokeless tobacco products is not just a matter of willpower. It is important to discuss your plan to quit with your health care provider. In addition, it is important that she or he be encouraging, identify local resources, and suggest appropriate medical therapies to help you quit. There are several tools available to help you quit:

Fertility After Miscarriage – How To Achieve It!

Ways To Get A Healthy Pregnancy

Does your Erection Problems let you down in the bed?